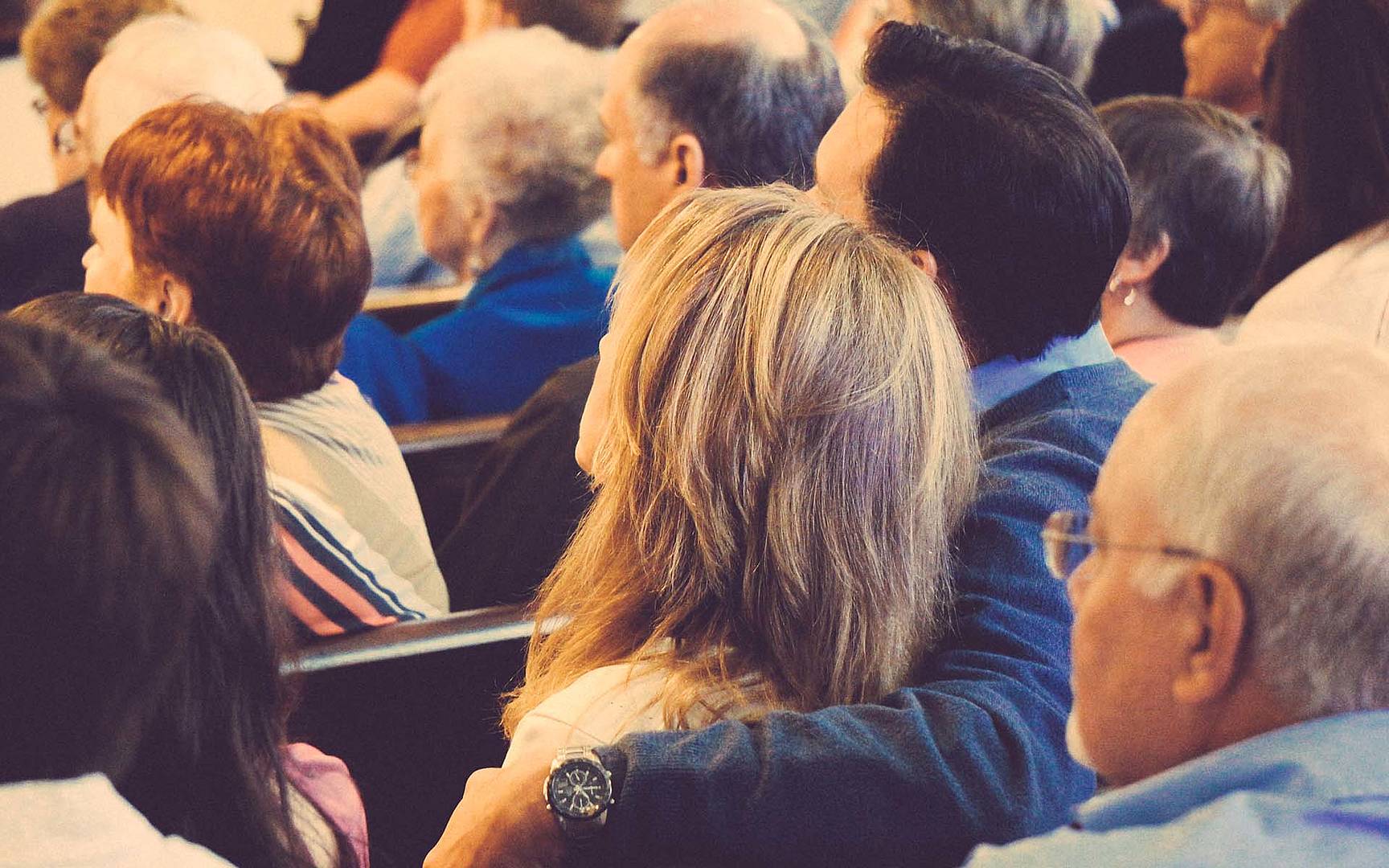 This morning in our RMM reading plan we read a passage that is confusing, potentially offensive and very difficult to apply.  1 Corinthians 11:2-16 is a passage many preachers simply decide to skip but it is a text that regular Christian folks are required to deal with if they claim to hold a traditional understanding of male and female gender.  In street level apologetics this text is used to bludgeon faithful saints into admitting that their viewpoints are illogical and inconsistent.  The tactic works basically like this; a more “progressive” believer says to the more “traditional” saint: "How come your church teaches complementary gender roles but doesn't require women to wear head coverings?  Aren't you just picking and choosing where you will be literal and where you will be modern in your use of the Bible?" Is there a good answer to that question? We will deal with this text at length in an upcoming sermon, but for now, let’s at least make sure that we are familiar with the basic argument and flow of this difficult text.

The first thing we should probably notice is that this new section of content seems to flow out of Paul’s concern for the glory of God.  Just a few verses previous he had said:

"So, whether you eat or drink, or whatever you do, do all to the glory of God. 32 Give no offense to Jews or to Greeks or to the church of God, 33 just as I try to please everyone in everything I do, not seeking my own advantage, but that of many, that they may be saved." (1 Corinthians 10:31–33 ESV)

Paul’s hierarchy of concerns here is first and foremost for the glory of God, secondly, he expresses a desire to avoid offending Jews, Greek or the church of God.  You have to understand that in order to understand his teaching on head coverings.  Consider what Paul says next:

Paul says that there is an order of creation and when that order is violated or ignored, that is a cause for shame.  Shame travels up.  When a woman acts “unwomanly” it shames her husband.  When a man acts “unmanly” it shames Christ, theoretically, if Christ acted “unchristlike” it would shame the Father.  We want to “glorify” the Father (the opposite of shaming) therefore, everyone needs to be obedient within their assigned sphere.  If everyone is obedient in their sphere, God will be glorified – and that is the most important thing.  What that seems to indicate is that Paul is very concerned to preserve gender distinctions in the church and he seems to be proactively addressing some “gender blurring” tendencies in the culture as being inappropriate for the church.  This opinion is widely recognized by New Testament scholars:

"Perhaps more central to Paul’s thinking is the need to maintain a strict distinction between the sexes, one that was traditionally associated with some type of antithetical manifestation (e.g., men were associated with public life, women with the privacy of the household, men were to be in the open air and women covered, etc.).[1]… This strict antithetical relationship seems to suggest that “[c]lear gender boundaries is the point.”[2]

Women wearing shawls or head scarves was understood in Roman culture as indicating that they operated within the domestic sphere:

"As Judith Lynn Sebesta points out, the traditional costume of the Roman matron “signified her modesty and chastity … It consisted of her distinctive dress, the woolen stola, which was worn over a tunic; the protective woolen bands which dressed her hair; and the woolen palla or mantle, which was used to veil her head when she went out in public.” Sebesta points out that although “to modern women of Western countries, the Middle Eastern custom of veiling women seems to signify social inequality and even inferiority, to modern    women of the East it is a symbol of their honor and of the sanctity and privacy of their family life.” For a married woman to neglect the covering of her head while in public would traditionally be understood as “a sign of her ‘withdrawing’ herself from matronage” and the decision of a Roman husband to divorce his wife for doing so would amount to “a ratification of the exclusion her bare head had expressed.”"[3]

At this point we need to remember that Paul is not rebuking the Corinthians for adopting offensive and progressive attitudes toward gender in the church, rather he is commending them for having the correct perspective.  Look at verse 2:

"Now I commend you because you remember me in everything and maintain the traditions even as I delivered them to you." (1 Corinthians 11:2 ESV)

Paul seems to be saying to the Corinthians:  “You are doing the right thing here by maintaining the traditional perspective on gender.  While men and women are one in Christ, we do not want to shame God by rebelling against the created order.  Gender distinctions still matter.”  He seems to be aware of a trend in the wider culture to blur these lines and he affirms the Corinthians for resisting that trend.

Understanding the general thrust of this passage is fairly easy – understanding all the moving parts of Paul’s argument is much more difficult.  Scholars disagree as to whether Paul is talking about clothing or hairstyle here – the language is not conclusive.  Is he saying that men should have short and manly haircuts while women should have long hair pinned at the back?  Both options are viable:

"If hair styles are in view (men wearing long hair and/or women letting their hair down rather than putting it up) it may suggest that homosexual influences were penetrating the church, since long hair was associated with homosexuality in the Roman world. If the issue has to do with head coverings the question remains whether Paul’s concern is more directly related to general expectations of women in public settings or to the roles of head coverings in Roman worship. The decisions are difficult ones and no real consensus has been reached." [4]

The difficulty in understanding which cultural cues were sending the inappropriate messages is a big reason why so many Christians are unsure what they are to do with this passage.  A woman might ask: “Should I run out and buy a shawl or a bobby pin?  What is the text asking of me?”  Here is where we probably need to remember the difference between a principle and a cultural application. The Bible often presents a principle inside a cultural application.  A few times we get to see in the Bible itself how the principle can be extracted from the application and applied freshly to a new context.  Consider for example how the Apostle Paul does that in 1 Corinthians 9:

"For it is written in the Law of Moses, “You shall not muzzle an ox when it treads out the grain.” Is it for oxen that God is concerned? 10 Does he not speak certainly for our sake? It was written for our sake, because the plowman should plow in hope and the thresher thresh in hope of sharing in the crop. 11 If we have sown spiritual things among you, is it too much if we reap material things from you?... 14 In the same way, the Lord commanded that those who proclaim the gospel should get their living by the gospel." (1 Corinthians 9:9–14 ESV)

The original principle was presented inside a cultural application.  Do not muzzle the ox when he is treading out the grain.  The principle is pretty clear:  Creatures should get their living from whatever they are working at.  There is a nod towards practicality and a recognition of basic motivation in this law.  The law is easily understood with respect to oxen, but its intention is far broader and Paul extracts the principle from the agricultural situation and applies it to the church and says: “Therefore, pastors should be paid.  No less than cows, if they are working at something, they should have a share in that something.  People, cows and pastors work harder when they receive a share of the product.”

It would be foolish of us to obsess over oxen when the application is clearly not the main concern of the original law.  It was simply expedient to embed the principle in an intellectually accessible application.  It was the principle that mattered and Paul gives us an example of how to extract and reapply as necessary.  With respect to 1 Corinthians 11 we will find his example very helpful.  The cultural context of the 1st century Roman world has long since passed.  Things that communicated in that culture will be indecipherable in ours.  If the women in our church all started wearing shawls I think people would assume our furnace was broken; I'm not sure they would see that as an endorsement of complementary gender roles.  If they all began pinning their hair up like early Roman matrons; again, I seriously doubt whether that would communicate anything of value.  Resurrecting the sign is probably not the issue – maintaining the principle should be our primary concern.  The principle Paul was concerned with has never been more relevant, even if the sign has never been more incomprehensible.

That original design was corrupted at the fall.  When Adam and Eve sinned, God spoke a curse over them that included a prediction that strife between genders would characterize the fallen state of humanity.  God said to Eve:

"Your desire shall be for your husband, and he shall rule over you.” (Genesis 3:16 ESV)

Because of the fall, women will resent their own femininity and shall desire to be affirmed as men.  Men will be rough about keeping them down.  Sounds like a decent summary of human domestic history.  Paul seems to be saying: "This has been true of humanity – it should not be true of the new humanity in Christ.  In Christ we are restored.  If anyone is in Christ he (and she!) is a new creation!  Therefore look like who you are!  Look like male and female.  Look like you love who God has made you to be!  Men, look like you take seriously the call to steward the word of God in your homes and in your church.  Read it!  Study it!  Memorize it! Act like the man you have been recreated to be".

Even so, come Lord Jesus.

N.B. This is a modified version of an article I published on the adfontes website in February of 2015. You can find the original here.