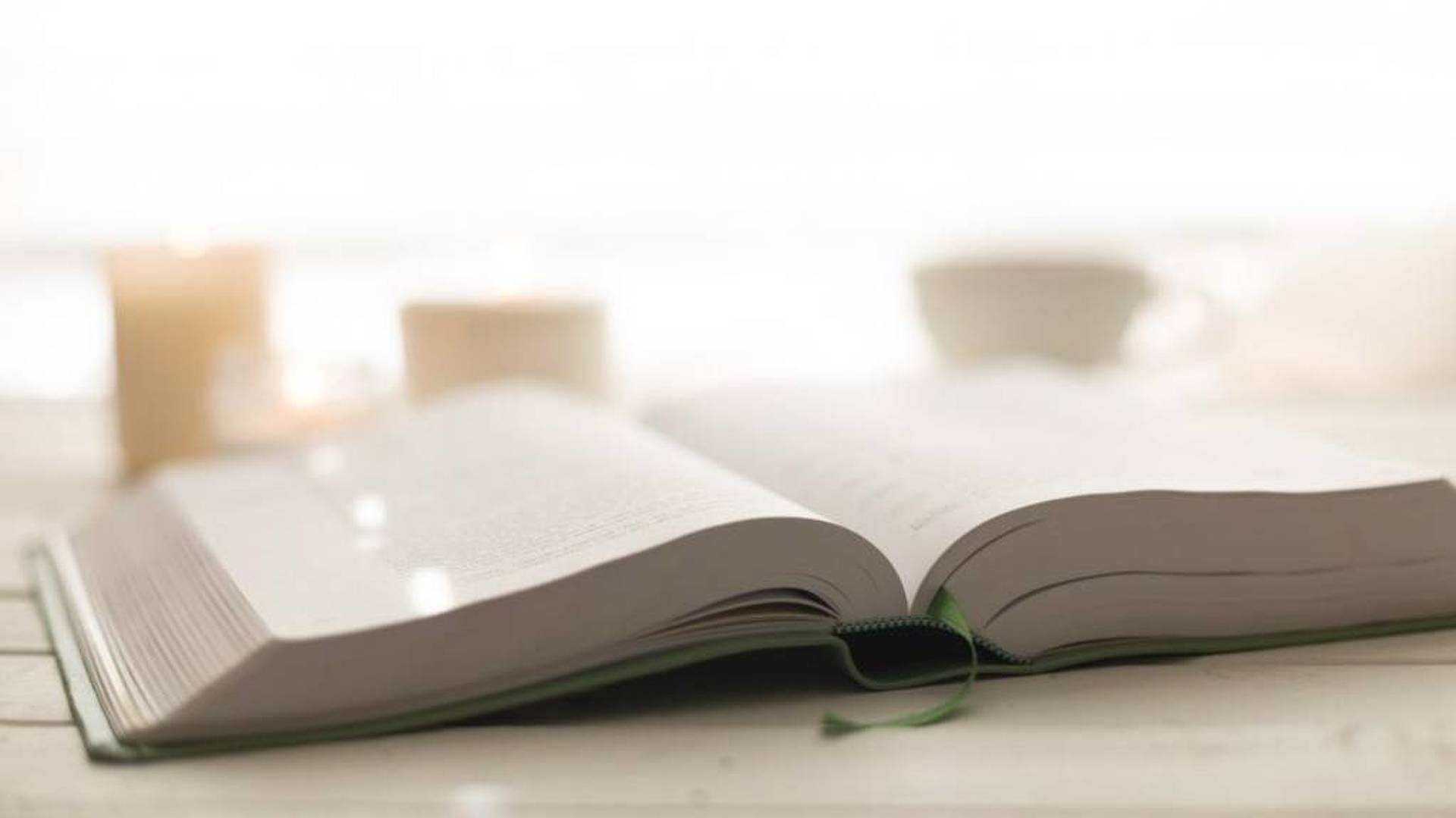 “But those who desire to be rich fall into temptation, into a snare, into many senseless and harmful desires that plunge people into ruin and destruction. 10 For the love of money is a root of all kinds of evils. It is through this craving that some have wandered away from the faith and pierced themselves with many pangs.” (1 Timothy 6:9–10 ESV)

The problem with money is really a problem with us. Money, in the Bible, is treated as a good thing that sinful people tend to value incorrectly and pursue indiscriminately, but received in the right spirit, it should be understood as a blessing and not a curse.

We see that basic perspective on display at the end of the Book of Job. After suffering a series of tragedies that sorely tested his faith, Job has his fortune restored and increased by the blessing of God. Job 42:10 says:

“And the LORD restored the fortunes of Job, when he had prayed for his friends. And the LORD gave Job twice as much as he had before.” (Job 42:10 ESV)

Many modern Bible scholars don’t care a great deal for that ending. They want the ending to be: “Job died a poor and sick man, but he learned to be content with God alone.” But that isn’t how the Holy Spirit wrote the story. He said: “the LORD gave Job twice as much as he had before” (Job 42:10 ESV).

Why would God do that?

Because money isn’t a curse. It was meant to be – and it can be a wonderful blessing!

That being said, it must be rejected as a potential rival to God.

2. It must be rejected as a potential rival to God

In the Sermon on the Mount Jesus said:

“No one can serve two masters, for either he will hate the one and love the other, or he will be devoted to the one and despise the other. You cannot serve God and money.” (Matthew 6:22–24 ESV)

With these parallel metaphors, Jesus seems to be saying that if we allow money to become a rival focus and allegiance our lives will be filled with conflict and shadow. You simply cannot serve both God and money.

Jesus said something similar about family in Luke 14:26:

“If anyone comes to me and does not hate his own father and mother and wife and children and brothers and sisters, yes, and even his own life, he cannot be my disciple.” (Luke 14:26 ESV)

The word “hate”, which appears in both passages, is often used in semitic discourse to highlight an emphatic choice, as in, “not this but that”. It is a way of underscoring the fact that some choices in this life are binary. You can only have one top priority just as you can have only supreme loyalty in life. If you try to maintain divided loyalties, eventually you will have to love the one and hate the other. That’s just how life works. You cannot serve God and money any more than you can serve God and wife, or God and husband or God and children. As with the solar system, the laws of physics dictate that the thing with the most gravity will claim the centre and everything else will gather and arrange itself around that. Therefore, Jesus counsels his disciples to think carefully about what they put in the centre. Specifically, in the Sermon on the Mount, he says that money must be rejected as a potential rival to God.

There is a wonderful prayer in Proverbs 30:8-9 that goes like this:

“Give me neither poverty nor riches; feed me with the food that is needful for me, lest I be full and deny you and say, “Who is the LORD?” or lest I be poor and steal and profane the name of my God.” (Proverbs 30:8–9 ESV)

That is quite similar to the 4th petition in the Lord’s Prayer:

According to the Bible, it is good to pray for enough. It is good to ask God to give you sufficient resources to look after yourself and to provide for your family. In fact, the Apostle Paul says:

“if anyone does not provide for his relatives, and especially for members of his household, he has denied the faith and is worse than an unbeliever.” (1 Timothy 5:8 ESV)

It’s good to have enough money to provide for yourself and your family, but it is dangerous to have more than you need. Jesus pointed out that danger to his disciples:

Rich people are tempted to think that they don’t need God. Rich people are tempted to think that they are better than other people. Rich people are tempted to trust in themselves rather than in the grace and mercy of God. Those attitudes make it highly unlikely that we will see and understand our need for the saving work of Jesus Christ. Therefore, rather than aspiring to a lavish lifestyle that we could share with our children and grandchildren, we would be better off adopting the prayer and the posture of Proverbs 30: “God give me and my loved ones neither poverty nor riches. Give us that which is needful. May we always have enough but do not give us so much that we forget you, nor so little that we be tempted to steal and defraud and so dishonour you and bring shame upon ourselves, we ask in Jesus’ Name, amen.”

4. It can be used to open doors in eternity

Jesus once told a story about a dishonest and incompetent manager. Knowing he was about to be fired, he used his master’s assets to curry favour with some of his wealthy clients, figuring that they would look after him when he was unemployed – and Jesus commends him as an example to be followed! He says:

“For the people of this world are more shrewd in dealing with their own kind than are the people of the light. 9 I tell you, use worldly wealth to gain friends for yourselves, so that when it is gone, you will be welcomed into eternal dwellings.” (Luke 16:8–9 NIV11)

Jesus makes one very simple application here: “Use whatever money you have at your disposal to open doors for yourself in eternity.”

Jesus anticipated a complete reordering of human society at the end of the age:

According to Jesus, there are going to be a lot of people, who are poor now, living the Vida Loca in eternity. The poor old lady living on the garbage dump outside of Cairo who loves the Lord and who collects plastic bottles to sell so she can help support the single mom in the tent next door is going to be absolutely loaded in the eternal kingdom – so it would be wise for you to do something nice for her. That is the clear and straightforward exhortation in this parable and it runs parallel with the wisdom expressed in Proverbs 19:17:

“Whoever is generous to the poor lends to the LORD, and he will repay him for his deed.” (Proverbs 19:17 ESV)

It also reflects something Jesus said in a more straightforward manner in Matthew 10:42:

“whoever gives one of these little ones even a cup of cold water because he is a disciple, truly, I say to you, he will by no means lose his reward.” (Matthew 10:42 ESV)

Old Testament and New, the message appears to be that anything given to the Lord’s Little Ones now will result in blessing and increase in eternity.

5. It can be used to advance the kingdom in the here and now

In the very early days of the Christian story, the church faced a unique and daunting challenge associated with its explosive growth. The Bible says that 3000 people were baptized on just one day – the Day of Pentecost. Many of these people were Jewish pilgrims who had come to Jerusalem for the festival, and upon hearing the Gospel, decided to stay.

After all, there was no Christian church at the time for them to return to back in Rome or Corinth or Athens or wherever they had come from. These people remained in Jerusalem without any means of support, and according to Acts 5, it appears as though many of them were not proficient in the local language, and were thus, at least for the short term, completely dependent on the church. How would the church look after these people? Where would they get the money? People would need to step up – and many did! An example of this incredible generosity is provided in Acts 4:

“Thus Joseph, who was also called by the apostles Barnabas (which means son of encouragement), a Levite, a native of Cyprus, 37 sold a field that belonged to him and brought the money and laid it at the apostles’ feet.” (Acts 4:36–37 ESV)

This doesn’t imply that all the early Christians sold their properties – in fact, we know that they didn’t. Most of the churches mentioned in the New Testament appear to have been meeting in larger homes. In Colossians 4:15, for example, the Apostle Paul says:

“Give my greetings to the brothers at Laodicea, and to Nympha and the church in her house.” (Colossians 4:15 ESV)

Notice that he doesn’t say: “Rebuke Nympha for owning a house”, rather he says “Greet her. Show honour to her for making her home available to the people of God.”

Large houses have been very useful to the cause of Christ in generations past and, should the Lord tarry, they may well be so again.

The bottom line is this: money is a good tool and a bad god, so use it as such. Use it to take care of your family. Use it to open up doors for yourself in eternity and use it to advance the cause of Christ down here on earth.

Receive it as a gift and give praise to the Giver – thanks be to God!