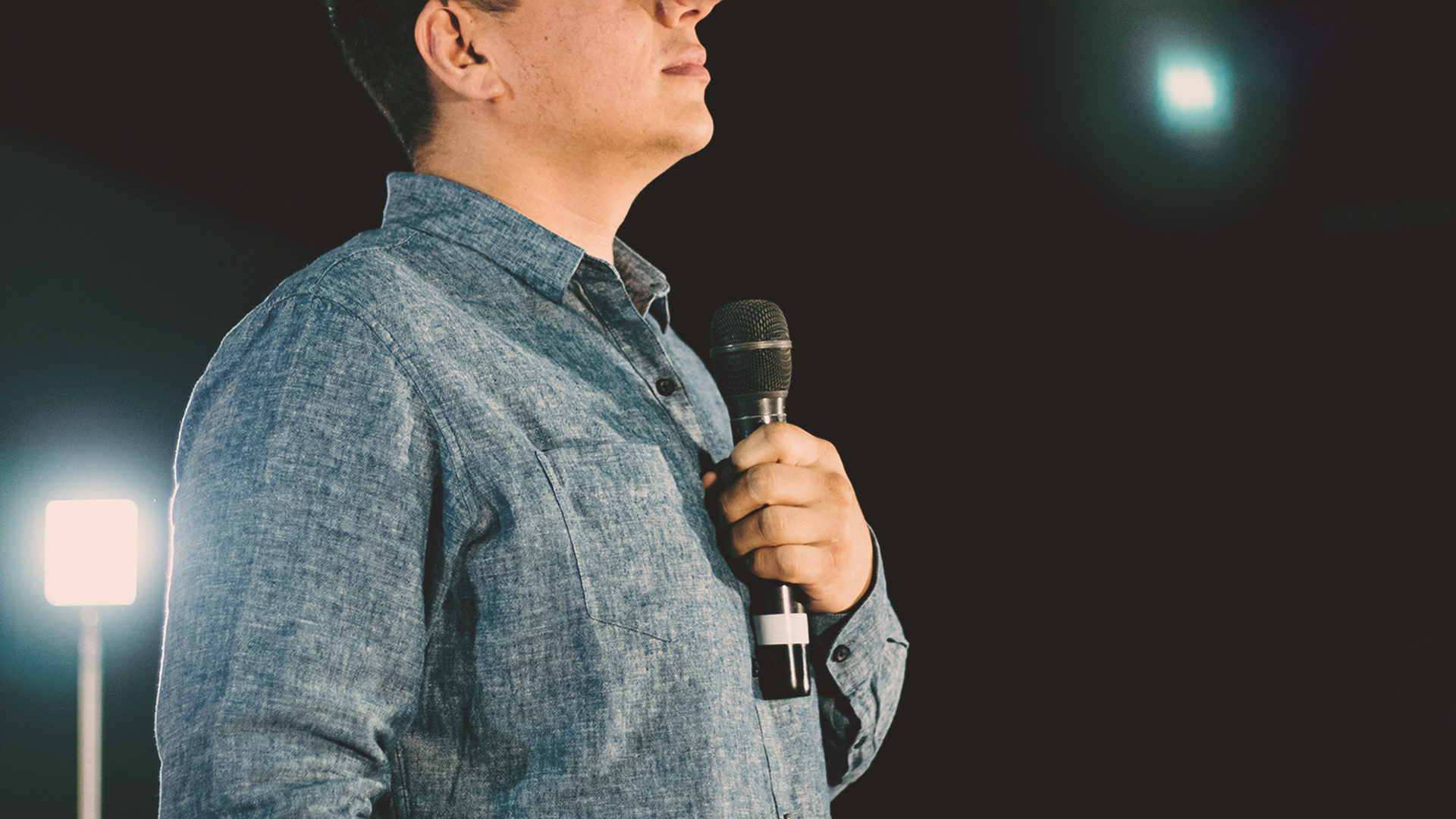 As a 48-year-old man, I’ve reached that stage of my life where I spend a fair bit of time looking backward, attempting to discern the movement and patterns of God’s providence. I now see several key influences and a handful of critical turning points God used to protect and position me for a lifetime of pastoral ministry.

One moment in particular stands out as significant—the moment I took a role as a youth pastor.

I was 23, about halfway through my seminary program, and between pastoral placements. The Baptist church where I’d been the part-time youth pastor had been through a split and some elders from another church who’d heard me speak at an event called to ask me if I’d be willing to meet with them to discuss an opportunity. I went to the meeting and enjoyed the free lunch, but I was shocked when they asked me to become the lead pastor of the congregation they were planning to launch in the next town over.

I immediately turned them down.

All they knew about me was that I was a capable public speaker. “Capable” in the sense that I could hold the attention of a room of teenagers with stories of my misspent youth and with sincere calls for them to repent and trust Jesus as I’d finally done in my later teenage years. That didn’t seem to me like much of a résumé, but these three elders were sure I was qualified.

Looking back, I now see a handful of critical turning points God used to protect and position me for a lifetime of pastoral ministry.

“You can do this! We believe in you!” they said.

“You don’t know anything about me,” I replied. “All you know is I have some basic capacity as a preacher. I’m not even a very good person. There’s no way I’m ready to be lead pastor of a church.”

Looking back, I’m thankful for several failures and quiet inner battles that had given me that sense of self-awareness. Whatever else I lacked—and that would be a fairly long list—I knew at least that I needed time, training, supervision, and development. With that in mind, I sought out and found a position as an assistant pastor in a medium-sized church, one that came highly recommended by an older mentor in ministry. I was given responsibilities for youth and children’s ministry, and I served under a godly older man who loved his wife, was a good dad, and knew how to shepherd and care for God’s people.

It was a wonderful season of ministry.

This was important ministry, but it was also safe ministry. I was closely supervised, and I was surrounded by a dedicated team of parents and lay volunteers. I didn’t have any decision-making authority over the whole church. What I did have, though, was the opportunity to teach the Bible, build community, plan events, develop resources, train leaders, and mentor new Christ-followers. I made some spectacular mistakes, but I believe God used that time to do important work in and through me; several former students are now serving the Lord in a variety of different ministries, and I give him all the praise for that.

Youth ministry was not a stepping-stone for me. It was the real thing, but it was a supervised and structured real thing; it was a stage-appropriate real thing. I have a few friends for whom youth ministry has been a lifelong calling, but in my case, it was exactly the entry-level experience I needed.

Recognize Your Limits; Take Your Time

It seems like many young seminary graduates today want to immediately take on roles as lead pastors or church planters. While I don’t want to absolutize my own experience, I wonder if seeking those roles is unwise and short-sighted. A church planter is a pastor doing the hardest work possible with the least support imaginable. It’s a noble calling, to be sure, but unless you’re exceptionally gifted and unusually self-aware, this feels like a suicide mission designed to rob young leaders of joy and expose all their deficiencies.

My advice would be to serve in an assistant pastoral role for a minimum of 10 years. Learn the ropes. Watch. Listen. Ask questions. Make most of your mistakes in the shadows. Do incredible things with people who really matter, but don’t take the reins of an entire church community until you have yourself sorted out. There’s humility in waiting your turn. There’s wisdom in acknowledging your limitations. Plus, it’s biblical! First Peter 5:5 says, “Likewise, you who are younger, be subject to the elders. Clothe yourselves, all of you, with humility toward one another, for ‘God opposes the proud but gives grace to the humble.’”

I have a few friends for whom youth ministry has been a lifelong calling, but in my case, it was exactly the entry-level experience I needed.

The Greek word translated “elder” here can refer to the church office, but the etymology of the word—it comes from a root that means “older”—should remind us that leaders in the early church were typically older. Peter’s advice to younger men was that they spend a fair bit of time “under” such men before they seek to exercise the office of “overseer.” He buttresses that counsel with a warning: “God opposes the proud but gives grace to the humble.”

This principle will need to be applied differently in various ecclesiological contexts. In my Baptist world, it will involve young men being wise enough not to take every opportunity that’s offered to them. Gifted young preachers must be humble enough to know that charisma is not the same thing as character. Just because people will listen to you, doesn’t mean they should.

I’m thankful for how God protected me in my own personal and pastoral development. While I know there are other stories and patterns of preparation and refinement, I believe that the teaching of the Bible and the church’s recent history suggest that a decade of service under mature supervision would be better for young men, better for churches, and better for our Christian witness in the culture.